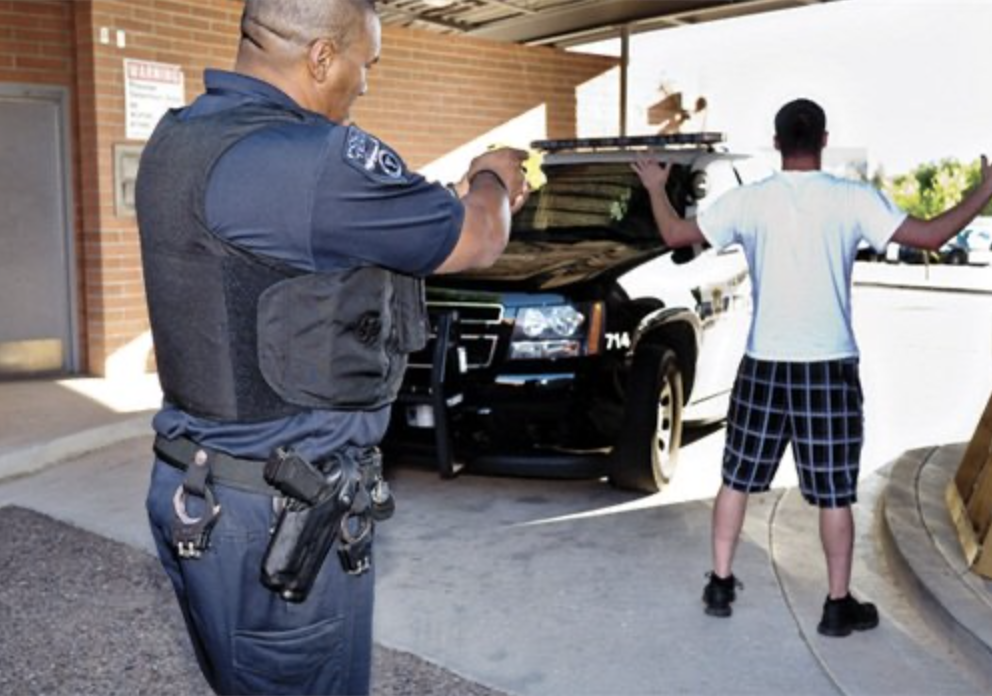 The use of deadly force by police officers is always a hot topic issue, but I rarely see it explained well…. It is either explained from a police officer’s point of view in a very technical explanation with legal jargon or explained by someone who literally has no idea what they’re talking about, but somehow gained a public platform to speak. So, I’m going to blend the technical explanation into a version that can be understood by all.

Can the police shoot an unarmed person?

The short answer is YES, but there are many variables that come into play before a decision like that is made.

Let me first start off by saying this:  Shooting someone is the last thing an officer wants to do, and they don’t wake up in the morning looking for someone to shoot. The anti-police crowd and some in the media will argue that is not the case; however, statistical data doesn’t support their claim.

In 2019 there were 933 people shot by the police based on a report from the Washington Post.
There are roughly 1,000,000 certified officers in the US.
Each officer typically comes into contact with 10 people a day; 3.65 billion contacts a year with 933 turning fatal.
That gives you a 0.00002% chance of being shot by the police, but only if you are engaging in activities that bring you into contact with the police.

Back to the topic at hand: Can the police shoot an unarmed person?
What does the US Supreme Court say?

Tennessee v Garner
The US Supreme Court struck down a Tennessee statute that allowed a police officer to “use all the necessary means to effect the arrest” of an individual whom the officer suspected was fleeing or forcibly resisting detention. The case involved a Memphis police officer who shot and killed a teenager who jumped over a fence at night in the backyard of a house that the officer suspected was burglarized, though the officer was“reasonably sure” the suspect was unarmed. “The use of deadly force to prevent the escape of ALL felony suspects, whatever the circumstances, is constitutionally unreasonable”.

That case law prevents officers from using deadly force to stop someone who is fleeing but doesn’t pose an imminent threat to the officer or general public.  So simply reading this one would assume that this meant officers would never be justified in using deadly force against an unarmed subject who was fleeing, right?  Wrong.

Graham v. Connor
The court held that the question of whether an officer used excessive force“requires careful attention to the facts and circumstances of each particular case, including the severity of the crime at issue, whether the suspect poses an immediate threat to the safety of the officers or others, and whether he is actively resisting arrest or attempting to evade arrest by flight.”

The 9-0 decision found the “reasonableness of a particular use of force must be judged from the perspective of a reasonable officer on the scene, and its calculus must embody an allowance for the fact that police officers are often forced to make split-second decisions about the amount of force necessary in a particular situation.”

I’ll give you a scenario to paint a better picture

At 8:30pm police receive a 911 call about a drive-by shooting.  The caller states that a silver sedan with multiple occupants drove by his house, shot him in the stomach, and sped off; but not before he returned fire striking the vehicle.

10 minutes later, an officer who was canvassing the area for the vehicle and spots it driving down the road with multiple occupants, and obvious bullet holes in the passenger side of the vehicle.  The officer initiates a traffic stop, and the front passenger opens the door and takes off running while keeping both hands in the front at his waist.  The officer also notices that he took off running between two houses in a densely populated neighborhood.

Graham v. Connor says that we must judge the officer’s actions from the “perspective of a reasonable officer on scene while making a split-second decision, so what does this officer know in that moment?

‍
1. The vehicle matches the description of the vehicle involved in the drive-by shooting 10 minutes prior to this stop.

2. The shooter in the drive-by was on the passenger side of the vehicle, and the bullet holes in this vehicle are also on the passenger side.
3. There were multiple passengers during the drive-by, and there are still multiple passengers inside the vehicle.
4. The suspect’s flight after the traffic stop is illegal, and a reasonable/innocent person wouldn’t flee from a traffic stop
4. It is also reasonable to believe that a suspect fleeing from a drive-by shooting is still armed, and his concealing his hands at his waist supports that suspicion.
5. A suspect from an attempted murder, who is believed to be armed, is now fleeing into a densely populated neighborhood where many innocent people are.

So again, Graham v. Connor states “whether the suspect poses an immediate threat to the safety of the officers or others”.

In this situation, from the perspective of a reasonable officer this suspect does pose an immediate threat to innocent people in his direction of travel and an officer would be justified to shoot him without positively identifying a weapon.  So that means if he did shoot him and the suspect ended up concealing his hands to keep his pants up instead of holding a weapon; the officer would still be justified based on what he knew AT THE TIME and the SPLIT-SECOND time frame to make a decision.  This is how cases are ruled; however, the media and other misinformed individuals will lead people to believe that an officer is expected to know all of the facts of the case before they are discovered.

This exact scenario is a real world case from Pittsburg in 2018 of a suspect named Antwon Rose.  The media irresponsibly reported the case and fueled tensions which caused several protests costing the city more than $1,000,000. The officer was almost immediately indicted on murder charges, but those charges were dropped once the facts of the case could be determined.  So, the next time you hear of an “unarmed man”being shot by the police; remember that there are many details that could easily explain what happened, but it takes time for those details to be made public to protect the integrity of the case.