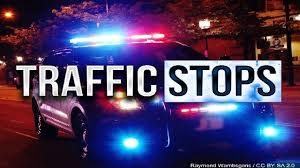 Before I go into detail for the following questions, let me give the caveat of this:

There are very few situations in law enforcement where a policy or case law gives an officer a step by step guide on how to handle a situation, and the vast majority of court opinions and policies use terms such as “officer discretion”,“objective reasonableness”, “within reason”, etc.  This is because the courts know that there is an infinite number of variables that can come into play when dealing with situations in the real world and giving step by step solutions is not reasonable as they will never be able to fit every single situation properly.  Out of 10 officers you may have 8 officers respond to a call one way, and 2 respond completely differently.  It doesn’t necessarily mean those 2 officers were wrong though.  They may have had more first-hand knowledge about the call, the area, the people involved, current crime trends, etc.  It is all about how an officer articulates why they did what they did.

I say that to say this: The questions below ask for very specific answers, and I’m going to give the answer the way that MOST officers would respond. Just because someone else had a different experience, or another officer handled it differently doesn’t make either outcome inherently wrong.

If you are pulled over for speeding, does the LEO have to show their radar device if you request to see it?

No state law requires an officer show you his radar gun. In fact, a police officer does not have to show you the radar or laser gun because they are located in the front seat of the police car. Many police officers do not want a person to have access to their front seat of their vehicle because that person may touch or take something, see confidential information on the computer, or have easy access to other weapons they keep in the passenger compartment.

If you take the case to court, THAT is when the records and proof of calibration come into play.  The side of the road is not a courtroom therefor the officer’s actions are not required to be viewed by the violator.  The courtroom is where the officer’s history, training record, device maintenance logs, etc may be called into question.

If you are pulled over, are you required by law to give your driver’s license to the officer if they request it?

If you are pulled over, yes you are required to show ID.

O.C.G.A. 40-5-29 states “Every licensee shall display his/her license upon the demand of a law enforcement officer.”

Do you have to carry your Driver’s License in the state of GA, or can a photo of it on your phone be used? What about your insurance card?

O.C.G.A. 40-5-29 also states “Every licensee shall have his driver’s license in his immediate possession at all times when operating a motor vehicle.”

Now, with that being said officers are people also and primarily operate based on common sense and reasonableness (refer to my caveat in the beginning).  Unless other suspicions arise, a digital copy of your ID and insurance will suffice in the event that you forget yours at home.  This does not mean that you don’t have to carry them anymore, just that it isn’t the end of the world if you don’t.  Just be respectful and politely explain that you’ve forgotten them at home but offer to show a digital copy.

But also remember that this is a solution to something you know you’ve done wrong, and it does not mandate that the officer give you a warning for it.  Long story short, always keep your ID and insurance card on you.  This is extremely helpful if you’re involved in an accident and are unable to communicate with first responders due to injuries.

What should someone do, especially females, if they are not truly sure if the vehicle attempting to pull them over is actually a police officer?

Reduce your speed, turn on your hazard lights, and call 911.  Give your location to the Operator and explain that you’re not sure if it is actually an officer behind you.  They will check their system and inform you if it is or not.

• If it is an officer, pull over immediately as your suspicion has been dispelled.  The officer will also be notified that you have called into Dispatch, so his concerns about why you didn’t immediately pull over will be reduced.

• If it is not an officer, stay on the line with the Operator and follow their instructions. They will probably route you to the closest precinct and have officers en route to intercept the vehicle behind you.

What happens if you are pulled over after curfew on a Class D license?

A Class D license gives a curfew on a teenager’s provisional license of midnight – 6am, no exceptions.  If you are under 17 or live with your parents, the officer will call a parent or guardian to come to the location where you were stopped.  The parent will be required to bring another Class C licensed driver with them to drive your vehicle, or your vehicle will be towed if it cannot be secured safely on scene.  You will be issued a citation and will be required to go to court to explain to the judge why you were driving after midnight. This could potentially result in revoking your driving privileges.

If a parent appears in court with their child and tells the judge that he/she allowed their child to drive during curfew hours, that parent can then be charged with Contributing to the Delinquency of a Minor O.C.G.A. 16-12-1.

O.C.G.A. 16-12-1 Contributing To The Delinquency Of A Minor
(1) Knowingly and willfully encourages, causes, abets, connives, or aids a minor in committing a delinquent act
Important note about Class D licenses. Once your provisional driving period has expired, you MUST renew your license as a Class C license or you will still be required to follow the rules of a Class D license.

If someone has drugs in your car, and refuses to claim them after being stopped by the police; does everyone get arrested?

Yes, but just like everything, this boils down to your demeanor and attitude when dealing with the officers.  If they feel that you are cooperating and being 100% honest and did not know the drugs were there, the likelihood of not being charged increases.  Officers operate on Probable Cause and ArticulableReasonable Suspicion.  If they can articulate a reasonable suspicion that you possessed the drugs, then that can lead in to an investigation and them developing probable cause to affect the arrest.

The best bet is to know who and what is in your vehicle at all times.

If you’re a passenger in a car; are you required to provide ID to an officer if the driver is pulled over?

If a vehicle is stopped for a traffic violation, and there is not reasonable suspicion that the passenger is suspected of committing a crime; then that passenger does not have to provide ID.

(An officer may ask, but you do not have to give it unless it is demanded)

If a vehicle is stopped for being a suspect in a burglary, then yes, all occupants are suspected of a crime and therefor all occupants must provide ID.

The problem is this:  Officers often stop vehicles for a traffic violation, but also have suspicions of other crimes. (Leaving a known drug location but also having a brake light out for example).  They are not required to tell the occupants that they are also investigating the involvement of drugs, so this may not be evidently clear to the driver/passengers which may lead them to believe the officer is not allowed to demand ID, but he/she is.  This is why this argument has no place on the side of the road but is more applicable in a courtroom.  If an officer wrongfully demands ID, then anything that happens after that will be thrown out in court.  So, attempting to have this argument on the side of the road is not beneficial.