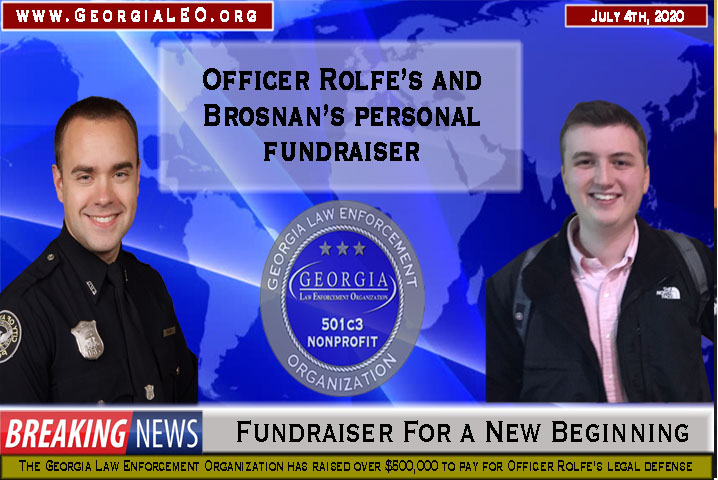 On June 13th, Atlanta Police Officers’ Rolfe and Brosnan were involved the on-duty shooting of Rayshard Brooks in a Wendy’s parking lot. Both officers acted within policy and law throughout the entire incident; however, the Fulton County District Attorney Paul Howard decided to criminally charge them to help his own political campaign and to pander to the mob. We previously set out to raise money for their legal battles, and we ended up raising so much in a very short time, that we had to put a pause on the campaign as it was only intended to cover their legal needs.

Now we are initiating a campaign to help support their personal lives throughout this lengthy process as cases such as this can easily take several years to complete, and they are now both essentially “un-employable” at no fault of their own.

Please help us support these two officers as both of their lives have been completely turned upside down for simply doing their jobs.

JUNE 14th: Officer Rolfe was fired from the Atlanta Police Department by Mayor Keisha Lance Bottoms prior to the investigation into the event by the GBI even starting.