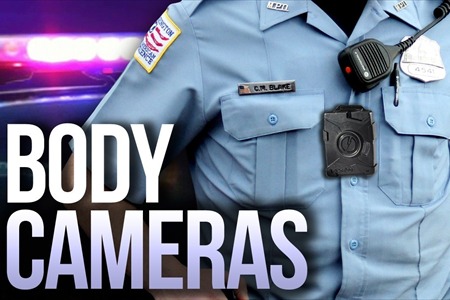 Police body cams are a great and wonderful tool, but there is a lot more that needs to go into how they’re used and how the footage is released than the anti-police crowd wants to think about. We really believe they should be available to officers and used as much as possible, but some considerations DO need to be made in how they’re used. These are all common statements from the anti-police crowd on body cams.

MYTH: Anybody should be able to have access to all body camera recordings at any time. If a cop’s camera is shut off at anytime during their shift, they should be charged

REALITY: Yes, police officers are public servants, so we as the public should be aware of what they do and be able to hold them accountable. However, not everything they do on a daily basis is suitable for nationwide distribution. For one thing, they do go to the bathroom. But, more to the point, they frequently enter private residences, and those residents still have rights to privacy in their home. They also deal with people in varying states of undress, which doesn’t deserve to be all over the internet. When a police officer takes a report from a victim of sexual assault or responds to a person in the last moments of their life, the public interest in the activities of police officers is secondary to the need to protect victims. Full access body cams would prevent police officers from receiving anonymous tips and dealing with confidential informants, since their identities would be public knowledge.

Also, police officers investigate crimes. Even if they are the initial responding officer, their body camera could capture a lot of evidence. Many investigations hinge on the perpetrator not knowing what the police know. There is also the right to a fair trial, which would be nearly impossible if potential jurors had already watched the crime scene video.

MYTH: With body cams, complaints have gone down so that PROVES they stop corrupt officers

REALITY: The reality is that almost half of use of force complaints against officers are unfounded or evidence exonerates the officers, and a further third are not sustained. (Bureau of Justice Statistics “Citizen Complaints about Police Use of Force”, June 2006) What that means is that most complaints are bogus allegations by arrestees to deflect from their own legal problems. Prior to taking a report and filing a formal complaint, it is now possible to say “The officer was wearing a body camera, and we will be able to review it to determine the accuracy of these allegations.” I am sure that there have been instances where body cameras have kept officers from doing the wrong thing, but by-and-large, they help preempt false complaints.

MYTH: Body cams should be on all the time and the video should ALL be saved for months/years in case there is ever a complaint

REALITY: Take out your cell phone, bring up the camera and press record. How long before your storage is full? A 720p camera would need more than 50 gigs of space for one shift worth of continuous recording. That’s a pretty heavy demand on the storage requirements for the camera (not to mention the battery), but then all that video has to go somewhere. If each of the 700,000 full time police officers in the United States worked a 40-hour week, in one year they would generate over 9000 PETAbytes (that’s 9 million gigabytes). To put that in perspective, in 2013 Google said they had 10,000 petabytes of data stored on disk. One year of continuous recording of 720p video by the full-time officers on duty in the US would require as much data storage capacity as Google!

MYTH: All the video should be uploaded to some random internet site (or “the cloud”) so the police can’t tamper with it

REALITY: Body camera footage may be evidence. Whether that evidence is for a case the officer was witness to, or a case against the officer, for it to be admissible in court, the chain of custody needs to be preserved. Once it is uploaded to some random public server where anyone could tamper with it, the chain of custody is broken. The admissibility of that video could be challenged by both the defense and the prosecution.