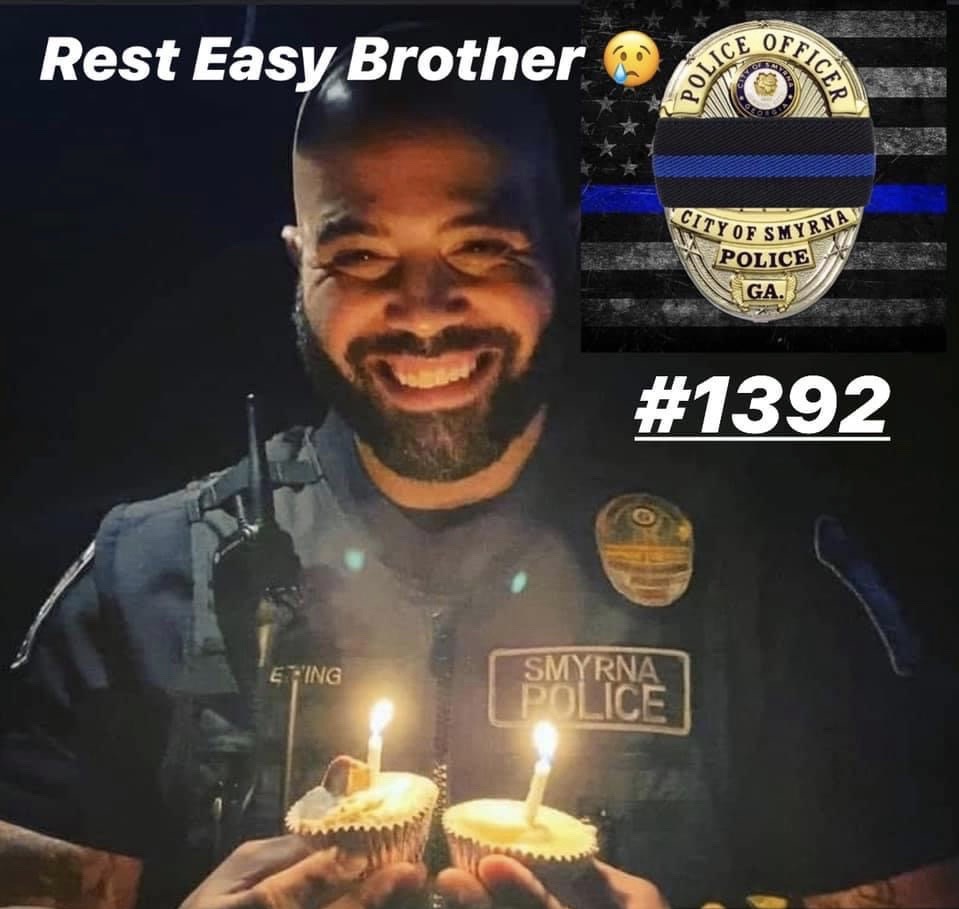 The crash happened Monday night after 11 p.m. on South Cobb Drive at Oak Drive near Interstate 285, and the impact sent a Smyrna police car into the parking lot of a BP gas station.

The driver of the SUV, 35-year-old Robert Lorenzo Cox from Duluth, was charged with homicide by vehicle, DUI, failure to yield and tampering with evidence.
The cause of the crash is still under investigation. Smyrna police say they will have a news conference at 3 p.m. later today.

Officer Christopher Ewing was hit and killed by a DUI driver on April 20th, 2020. He leaves behind his wife Cassie, daughter Christon (17), daughter Kailyn (15), and his daughter Aliyah (13). He served in the United States Air Force for 10 years, and with the Smyrna Police Department for 2 years.